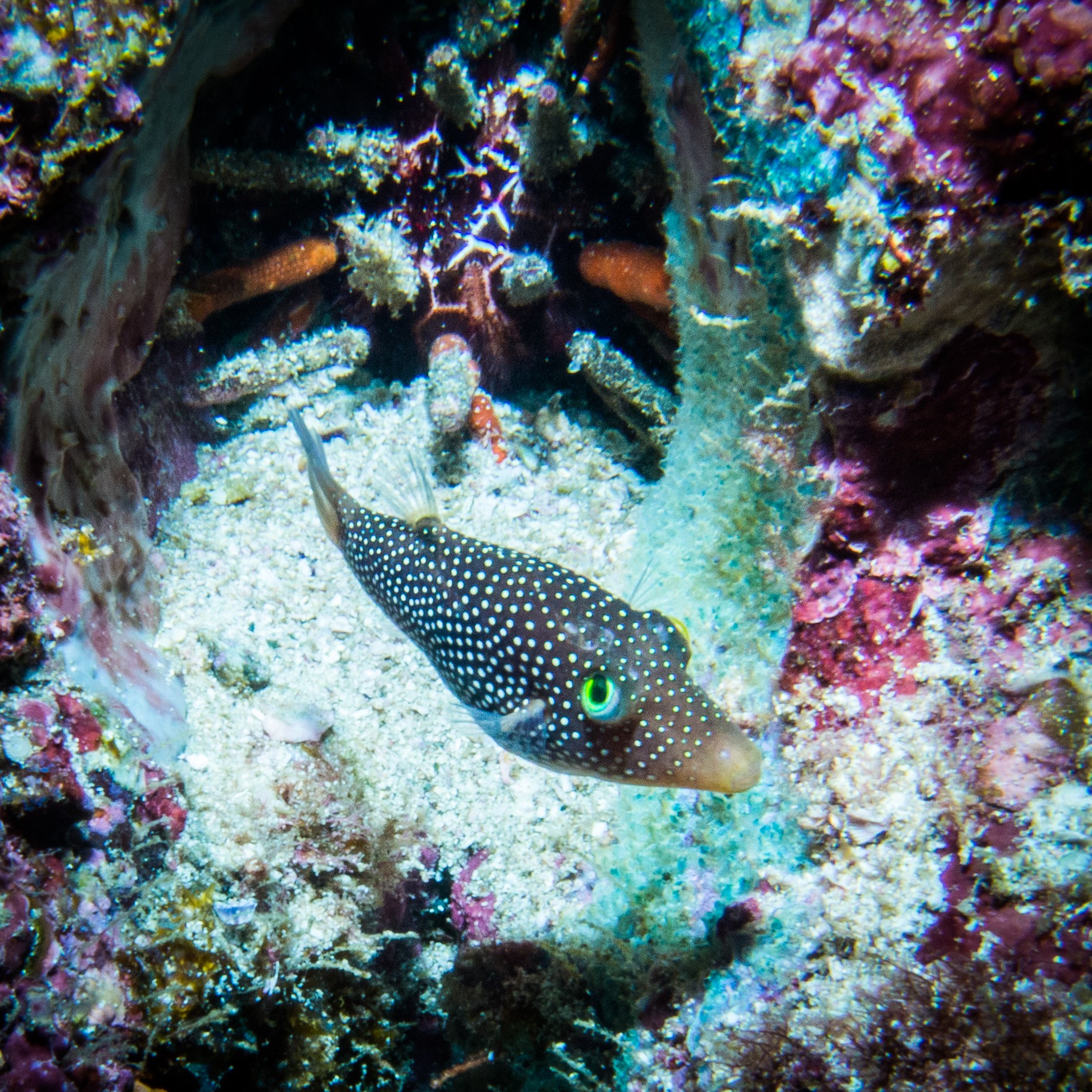 Costa Rica diving is famous because of Coco islands, but few people have heard of Bat island and Catalina in the Santa Rosa national park. This is luxury travel had a chance to dive there and was very impressed by the number of fishes. If you like diving with big fishes, this might be one of the best easily accessible places in central America for diving. 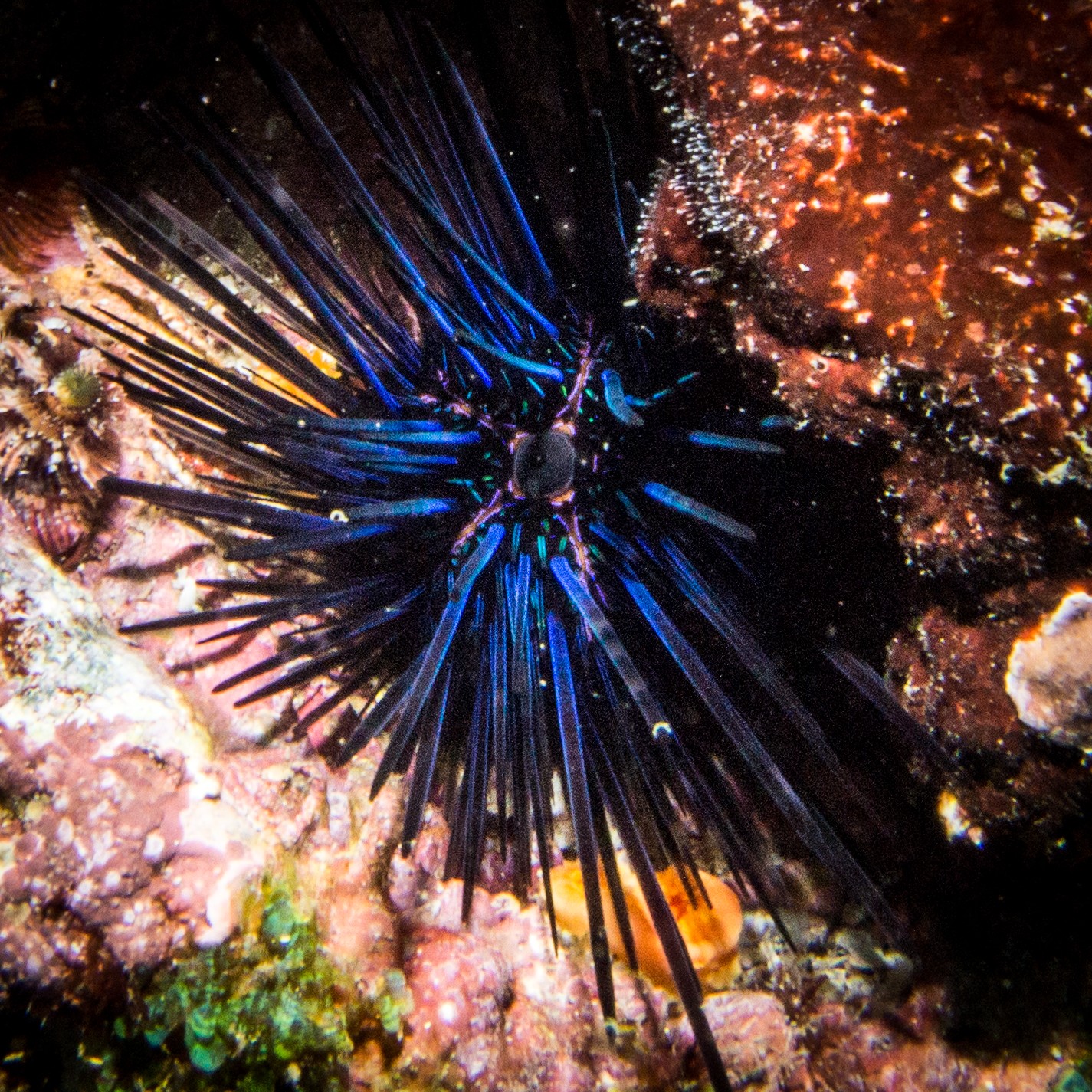 Bat Island (Isla Murcielagos) is located in the Santa Rosa national park, one of the oldest national park in Costa Rica.

You access it by boat with one of the dive shops from Playa Coco. We were staying at the Four Seasons, and the ship came to pick us up directly on the beach of the resort. Very convenient!

You can read my review of the Four Seasons resort here. It is the best place to stay in the region so don’t miss it.

The boat ride from the Four seasons took us about 70 minutes to Bat Island. It was an exciting ride as we kept seeing animals in the water. We saw many groups of dolphins, turtles, and rays jumping out. And we had not even put our head in the water yet… It looked very promising! 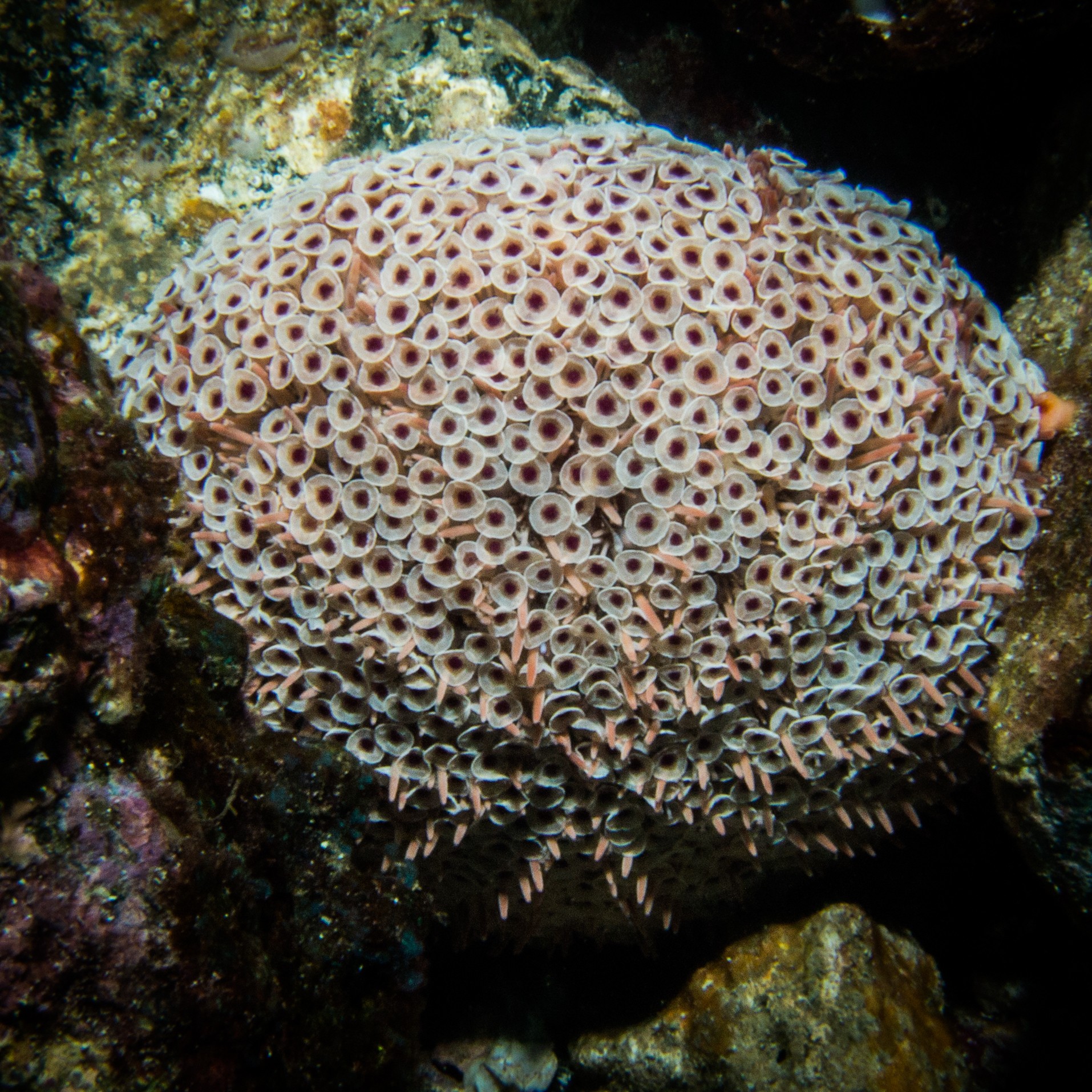 Big scare is a rock that sees significant fishes action.

There is a colony of bull sharks often hanging there from May to October.

The landscape is a lot of rock formations with plenty of hiding places for fishes and other creatures. I have never seen as many octopuses as on this dive site. 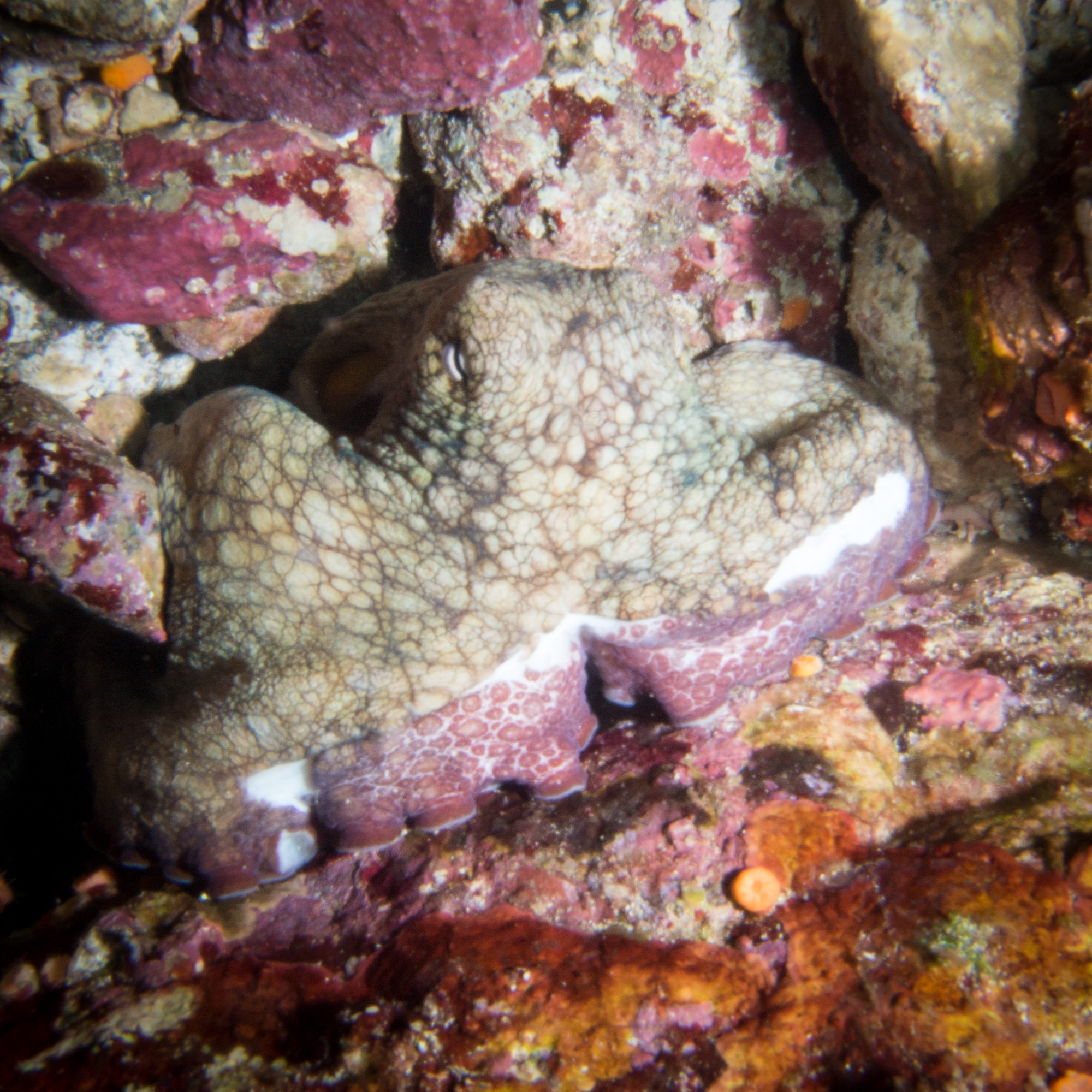 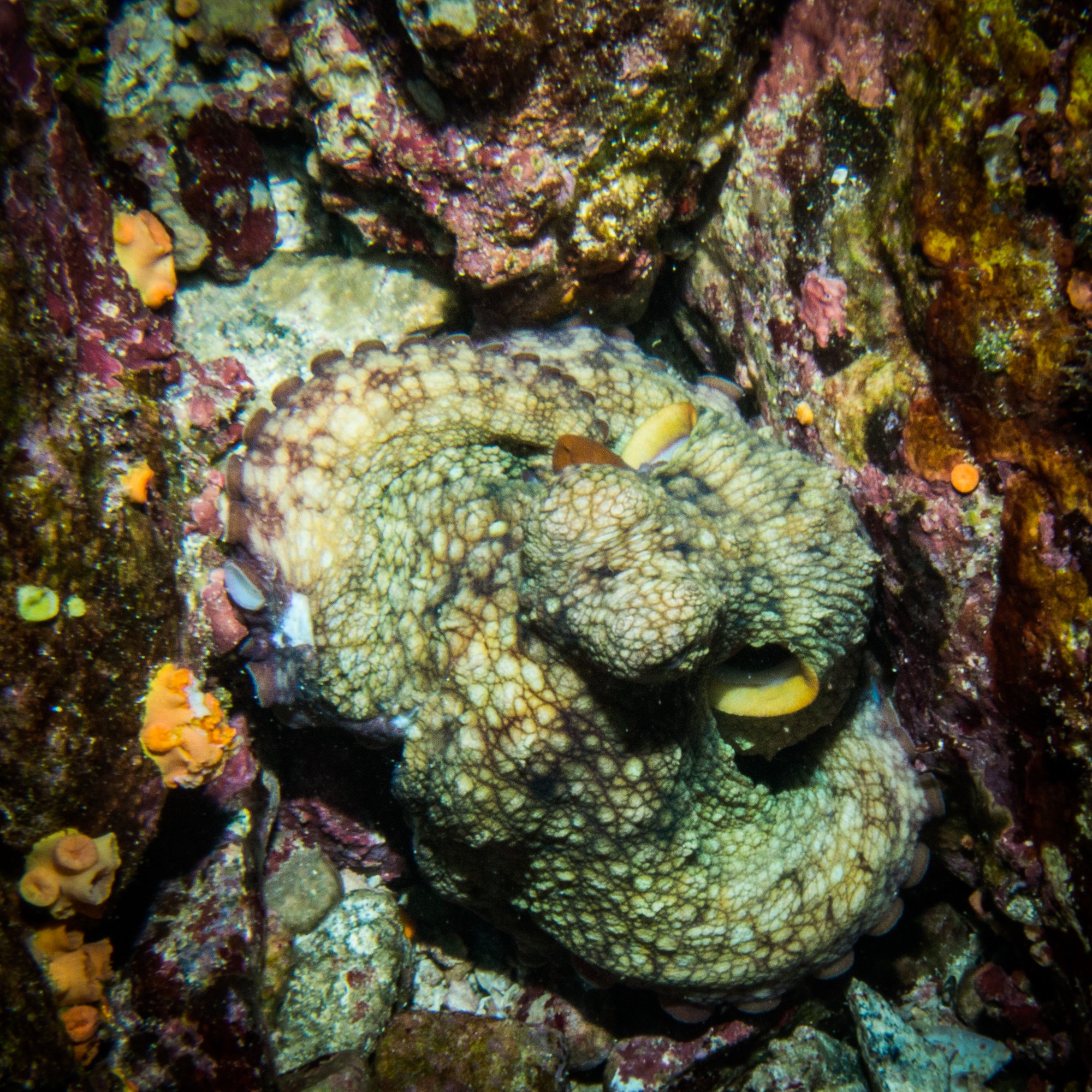 We saw 2 bull sharks from far away and 2 mantas.

Anything can pass by, and we have been told of sightings of humpback whales, mola molas and even whale sharks

We were the only dive boat in the area, which was great but there was also 2 fishing boats very near the dive site. I was surprised as I thought that fishing would not be allowed in a national park ☹ 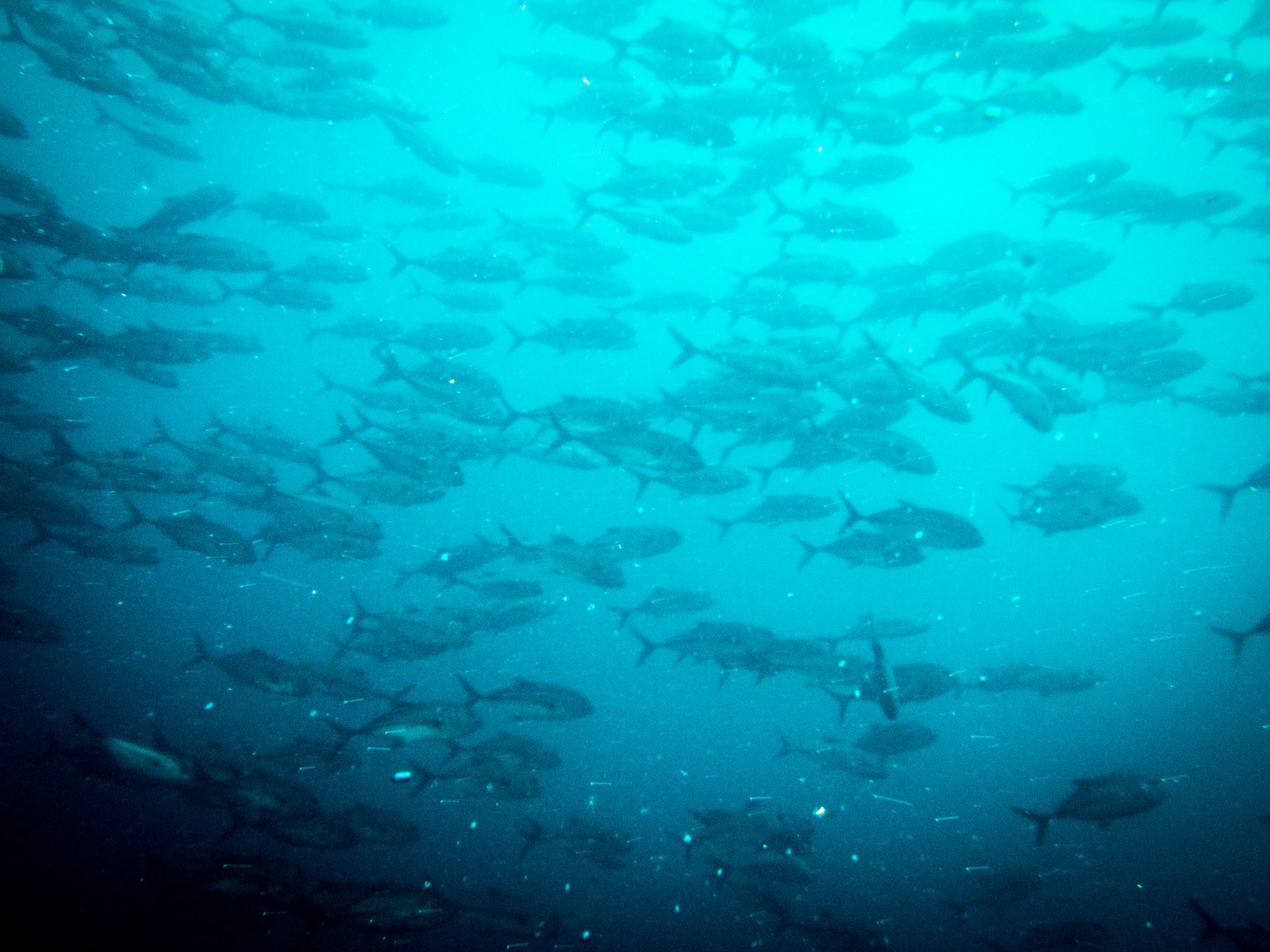 Black Rock is a submerged peninsula. The most remarkable aspect of this dive site is the massive amount of fishes. From schools of small fishes to sharks, we felt a bit overwhelmed. We saw a pregnant white tip shark as well as some nurse sharks. Don’t forget to look at the walls because there are also nudibranchs, Muray eels, and octopuses to be found. 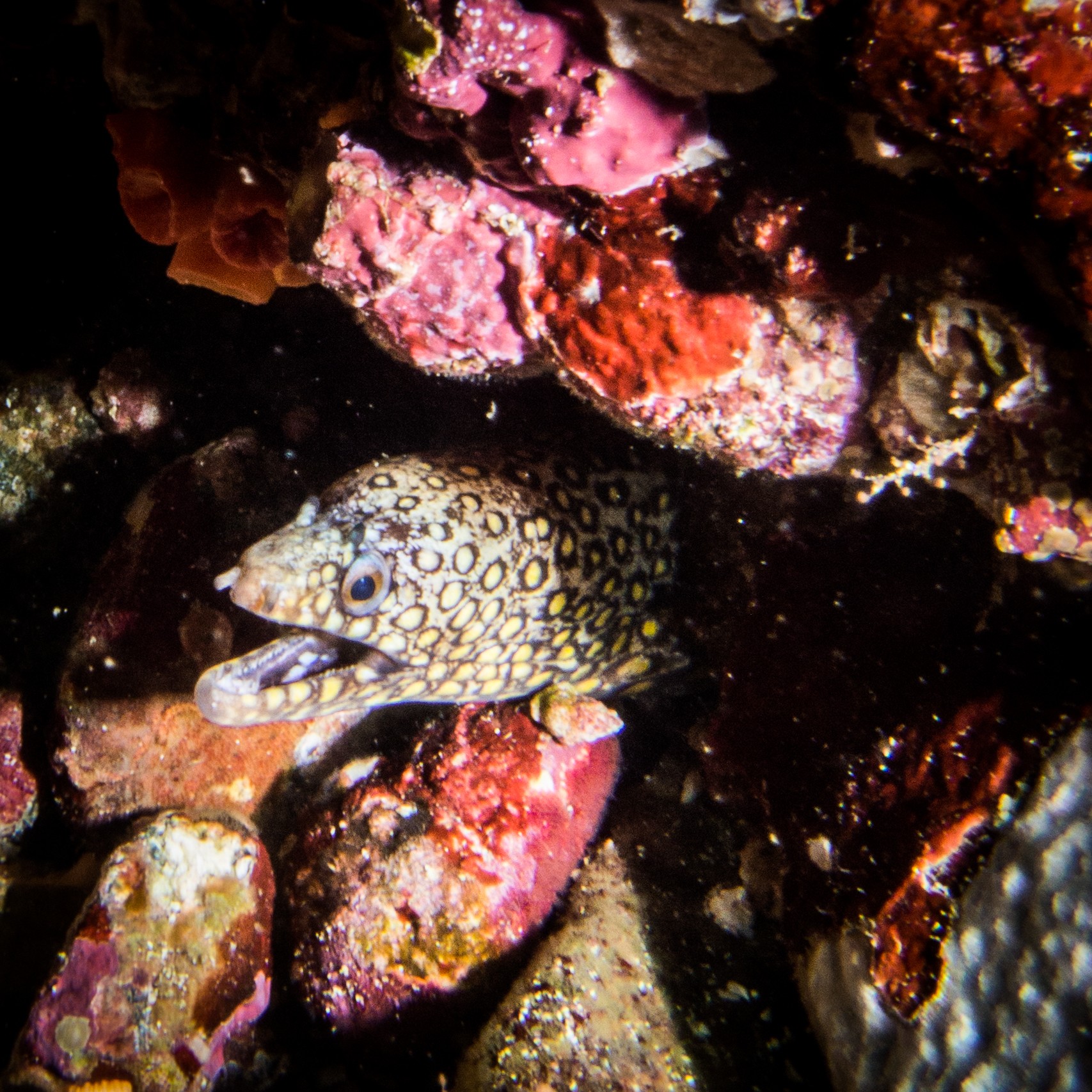 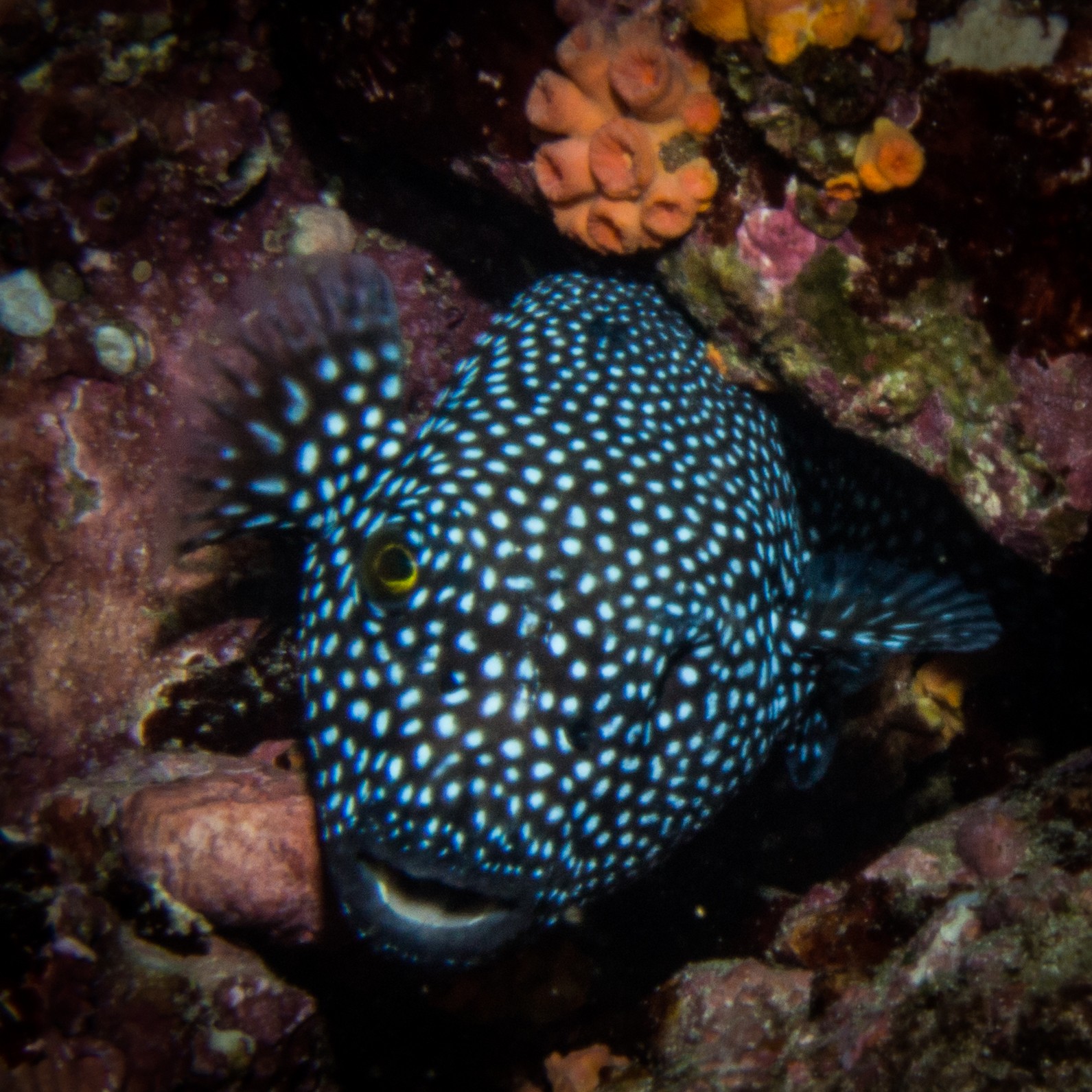 We had been warned about the strong currents. When we dove it, it was totally manageable. A bit of current but nothing that you could not swim against.

It was really a fantastic dive.

TIP: In August, the water temperature was around 27 degrees, so a 3 millimeters wetsuit is probably sufficient 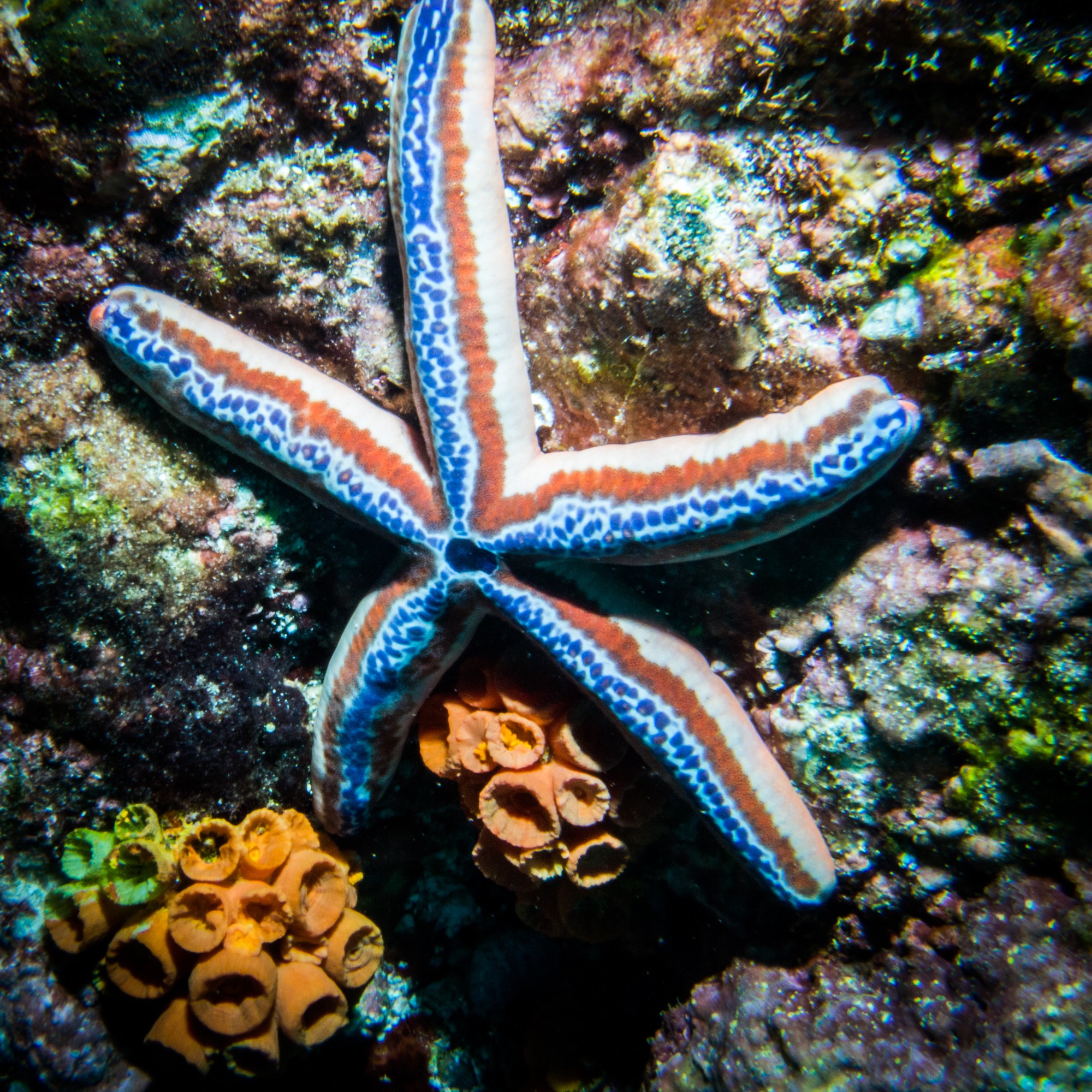 Where else to dive on the Pacific coast of Costa Rica?

There are some excellent dives within Papagayo Bay. Right next to the Four Seasons hotel, there is a place called Monkey head. We did a dive there and saw 6 white tips sharks, a manta and some eagle rays.

Catalina Island is also a popular place, which is about 60 minutes away from the four seasons. They often see whale sharks and manta’s there

When to dive around playa Coco in Costa Rica?

May to October is the rainy season. It is the best season to see large pelagics like whale sharks and  Bull sharks. But you might get rained on the way to the dive sites. The worst month of the year to dive is in October so avoid it if you can. We were there mid-august and the rain was not that bad so we could still enjoy a beach vacation in addition to diving

December to April is the dry season. Most big pelagic leave the area at that time, but you can still see mantas. The sea is calmer, so this is the best season for beginners divers. 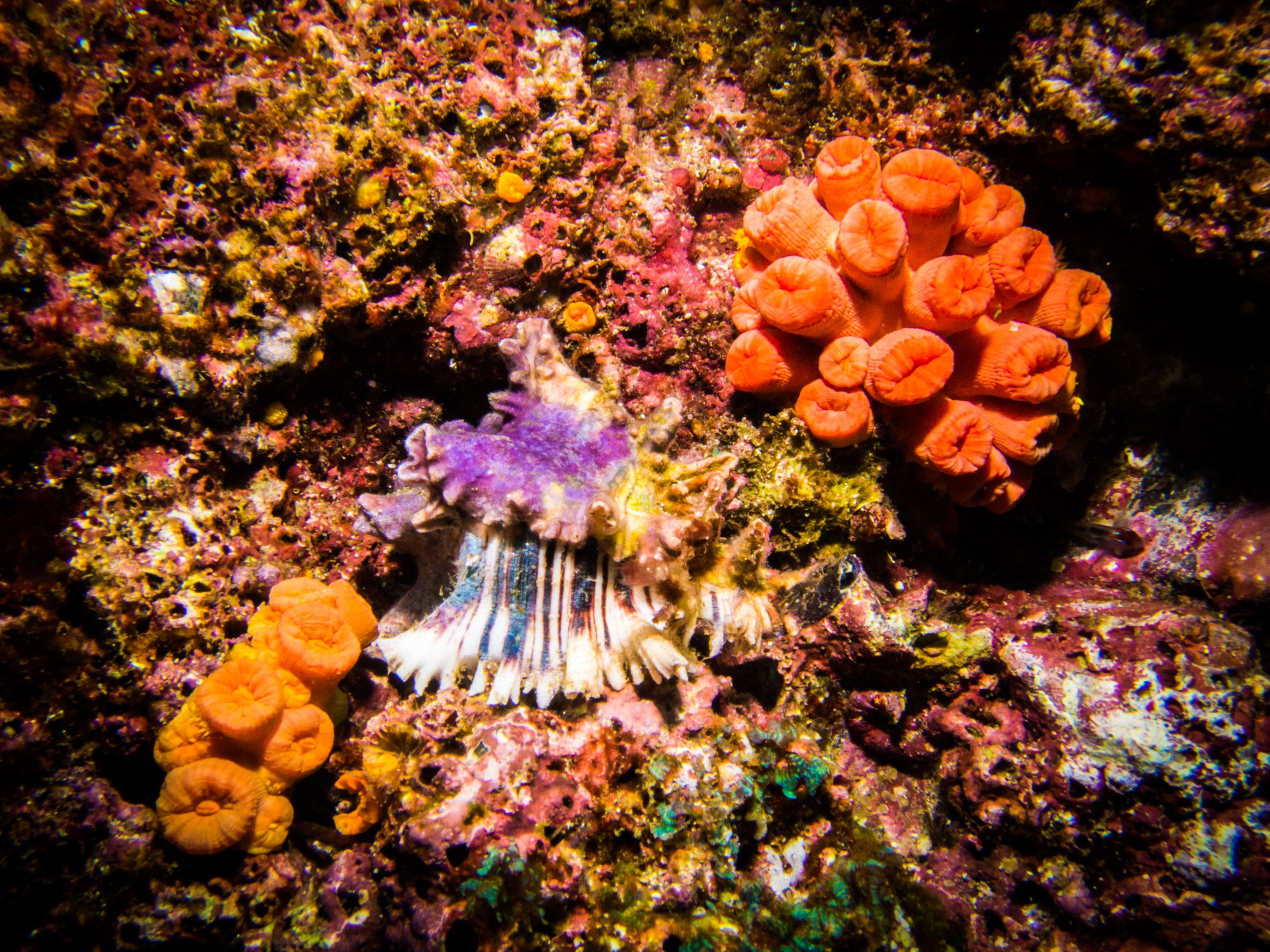 Who to dive with?

We dove with Rockdivers Costa Rica. It is a small dive shop in Playa Coco managed by Rocky and CJ, a Canadian/ US couple. They are very warm and friendly, and it was a pleasure to dive with then. They have their own boat and dive equipment. The equipment was quite good. The BCD they lend me even had integrated weight pockets.

They came to pick us up with their boat directly at the Four Seasons, so it was convenient

They had plenty of snacks on board ( the pineapple was delicious!). We went on a deserted island with a pretty beach for lunch, and they provided lunch burritos.

Diving Bat island in Costa Rica was surprisingly good and full of big pelagics.  I am looking forward to going back there and experience more dive sites in the area. It is a place that deserves to be better known. Go and dive there before it becomes too popular.

For more information about the best diving in Central America, check out my review of the Quino Al Guardian liveaboard in the sea of Cortez and diving Cabo Pulmo in Mexico. 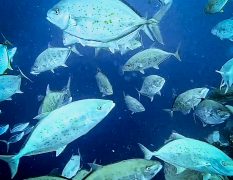 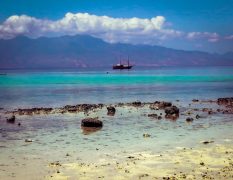 Diving Beyond Komodo. A liveaboard Journey from Komodo to Maumere 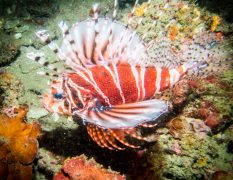 Stimulating diving on my stopover in Taiwan 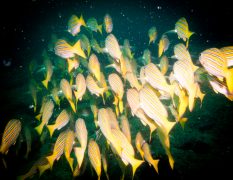 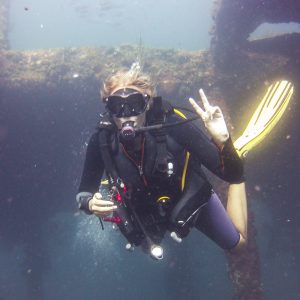 I’m Julie and Icurrently spent about half of my time in Bali and the other half traveling to fantastic destinations around the world. I LOVE traveling, Yoga, and Scuba diving. I am sharing extraordinary places and adventures with you. This is not a backpacker type site. If you are a busy business executive who want to maximize your holidays and have amazing experiences, this site if for you! I want to give you practical tips on how to enjoy amazing vacations in the most comfortable way possible. From long luxury week-ends to diving trips or 2 weeks adventures to very remote places.
know more